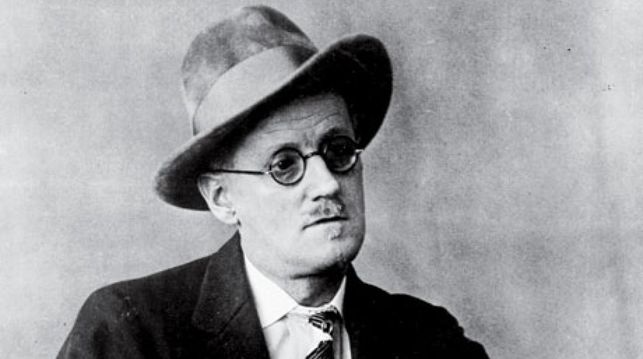 Bloomsday is a celebration that takes place both in Dublin and around the world. It celebrates Thursday 16 June 1904, which is the day depicted in James Joyce’s novel Ulysses. The day is named after Leopold Bloom, the central character in Ulysses. The novel follows the life and thoughts of Leopold Bloom and a host of other characters – real and fictional – from 8am on 16 June 1904 through to the early hours of the following morning.

Celebrations often include dressing up like characters from the book and in clothes that would have been the style of the era. One of the hallmark fancy dress items of Bloomsday is the straw boater hat. Celebrations come in many different forms like readings, performances and visiting the places and establishments that are referenced in the book. The Bloomsday Breakfast is another common celebration, which involves eating the same breakfast as Leopold Bloom consumes on the morning of 16 June. This includes liver and kidneys alongside the typical ingredients of an Irish fried breakfast.

Joyce started writing Ulysses in March 1914, but put it aside again to finish his play Exiles. On 16 June 1915 he wrote to his brother Stanislaus to say he had finished the first episode of Ulysses. After Ulysses was published in 1922, Joyce’s friends began to mark 16 June as Bloomsday.

In 1924, Joyce was in hospital, his eyes bandaged having had one of many operations on them. Friends sent him a bunch of white and blue flowers (white and blue being the colours of the cover of Ulysses) but Joyce despondently scrawled in his notebook ‘Today 16 June 1924 twenty years after. Will anybody remember this date.’ The first major celebration of Bloomsday came in 1929. Adrienne Monnier, partner of the publisher of Ulysses, Sylvia Beach, published Ulysse, the French translation of Ulysses in February. Then, to celebrate the twenty-fifth anniversary of the first Bloomsday, she organised a Déjeuner Ulysse which was held at the Hotel Leopold near Versailles. Unfortunately, the event took place a little late, on 29 June not 16 June.

The first Bloomsday celebrated in Ireland was in 1954, the fiftieth anniversary of the first Bloomsday, when the writers Patrick Kavanagh and Flann O’Brien visited the Martello Tower at Sandycove, Davy Byrne’s pub, and 7 Eccles Street, reading parts of Ulysses and drinking a great deal as they went! Today, Bloomsday is celebrated by Joyceans across the globe with readings, performances, re-enactments, and a host of other events. In Dublin, enthusiasts dress in Edwardian costume and gather during the day at many of the locations where episodes of Ulysses take place. The James Joyce Centre hosts Bloomsday Breakfasts and other events in the run up to June 16 as well as on the day.

We believe that on that day Joyce went out with Nora Barnacle, his future wife, for the first time. Joyce and Nora met for the first time on Friday 10 June 1904 on Nassau Street, near Finn’s Hotel where Nora worked. They arranged to meet again on Tuesday 14 June, outside Sir William Wilde’s house on Merrion Square. Joyce turned up for the meeting but Nora didn’t. Joyce wrote to her at the hotel on 15 June asking if she would like to make another arrangement.

According to Joyce’s biographer, they went walking together in Ringsend on 16 June and Joyce later told Nora ‘You made me a man.’ The summer of 1904 was very significant for Joyce. Not only did he meet Nora but he started writing the stories for Dubliners and, after spending six days living with Oliver Gogarty at the Martello Tower in Sandycove in September, Joyce made the decision to leave Ireland. (Though Joyce lived at the Tower in September 1904, he was not living there in June. His letter to Nora on 15 June was written from 60 Shelbourne Road where he was renting a room at the time.)

Some incidents in Joyce’s life during the summer of 1904 became material for Ulysses. On 20 June, a drunken Joyce was thrown out of a National Theatre Society rehearsal in a hall on Camden Street: at the end of episode 9 (of Ulysses) this incident is ascribed to Stephen. On 22 June, Joyce was involved in a drunken altercation which left him with a black eye and other injuries. In Ulysses, Stephen becomes involved in a similar altercation with an English soldier at the end of episode 15.

Take a journey through Dublin and the events of Bloomsday

We love Fridays as much as we love good food. Fridays are special -the weekend is around the corner, you feel relaxed and optimistic… So today is the perfect day to try a delicious classic.

Bake the best Apple Crumble with this recipe!

For the topping (optional)